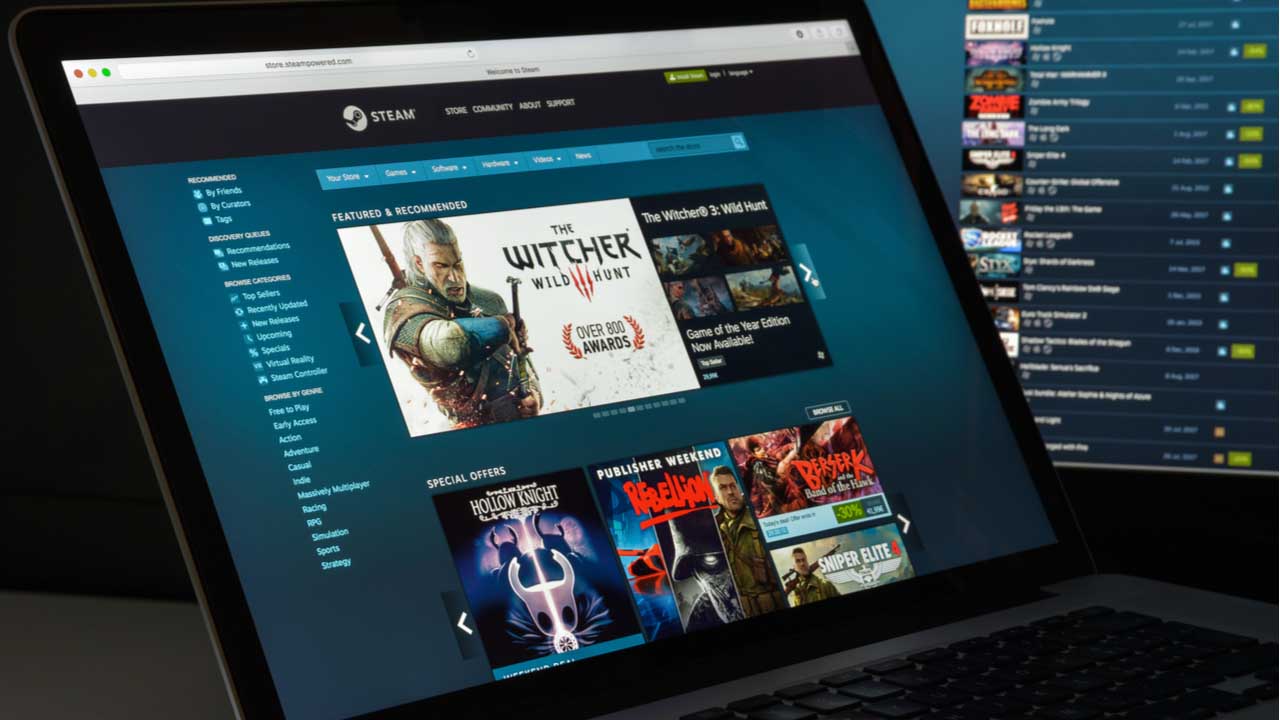 Quite surprisingly, you’ll actually be able to find a lot of great free to play single-player and multiplayer games on Steam offering blistering gameplay across many different genres. All the biggest games are here in fact, from MOBAs to action RPGs via all manner of MMO masterpiece. Let’s dig in.

This classic first-person shooter has been around for years and is still one of the most popular games on Steam. The cartoon-like graphics give you an idea of just how much fun Team Fortress 2 is to play. It’s been copied many times now, but the fact that it has such a huge community of followers supporting its development means that no matter what else is out there, there is a very good chance there will always be Team Fortress 2.

Here is another game that almost feels too good to be free. The hugely popular Massive Online Battle Arena game was the most popular game in the world at one point and still regularly attracts millions of viewers to annual tournaments that draw in the best players from around the globe. The premise of the game is simple and effective. There are two teams of mystical magical characters and they’re trying to battle through each other’s lines. The idea is to destroy your enemy’s towers and base. There’s no way a description can do DOTA 2 justice though, you simply must play it.

We’ve already featured Path of Exile in another of this week’s list. The classic RPG title is completely free-to-play, which meant it made it into our best free RPG game list too, and with good reason. Taking its inspiration from Diablo, Path of Exile sees you embark on a mission of character development and self-discovery. There’s so much customization you can do here as you fight your way through increasingly difficult dungeons using various playstyles. What’s best though, is that you can’t pay for advantages here as microtransactions will only get you cosmetic items rather than power-ups.

If you’re an Overwatch fan, then you’re going to love Paladins, which is a similar character-based action First Person Shooter (FPS). You have four categories of player to choose from including front line fighter, damage dealer, support hero, and flanking character.  These are split between almost 40 different characters, which can be customized via weapons add-ons and other items. It’s all about the action here though, which is frantic and fun.

War Thunder is an action-packed treat of a game that packs a lot of punch for something that is free. Although it looks like a war game simulator, the action is a lot more arcade friendly with simple mechanics that make it easy to pick up but then difficult to master. All this is done in many different types of vehicle too including planes, tanks, and jeeps with 16 players splitting into two teams and battling it out.

Smite brings a fresh change to the MOBA genre by coming at it from a different angle. That’s literally what it does. Instead of following your team of five warriors around as if you were some sort of malevolent god in the skies above, Smite gives you the third-person camera angle, which puts you right in the action. If you’re a DOTA 2 fan or you love League of Legends, there’s a lot here that you’ll recognize, but the new angle will make Smite feel brand-new.

Like Team Fortress 2 Counter-Strike: Global Offensive (CS:GO) is another First-Person Shooter that has been around for years and enjoys incredible support from a massive online community. The graphics might not look as good here as you’ll get with more modern games, but the gameplay is still as fresh it was the day it first burst onto the scene. Two teams, multiple locations, and lots of weapons. That’s it, that’s the game. You’re going to love it.

It used to be that we couldn’t believe that Warframe, which offers an incredibly rich and enjoyable experience was free-to-play. The reason we couldn’t believe it is because it offered a comparable experience to that you’d get with Bungie’s Halo follow up Destiny, which cost Bungie a massive $500 million to develop and promote. Now though, the much-improved sequel to Destiny, Destiny 2, is free-to-play also meaning you can get a genuine AAA game experience for the same price as a collect call. The First-Person Shooter action here looks incredible and plays smoothly. The gameplay is frantic, and the worlds and missions have been built with lots of care and attention. If you only play one game from this list, it should probably be this one.

So, there you have eight of the best free games on Steam. Again, just like with all the other lists we’ve done this week, we’ve tried to mix up our recommendations and bring you as many different genres as possible. Free-to-play is now a huge part of the gaming with world with many developers choosing to take their games down that path. All the games we’ve listed above do above paid-for elements in them, and that drip-feed monetization method is what drives revenue for game developers all over the world. It’s all up to you what you spend though. You can play and enjoy all the games we’ve been through today for free, and that’s what matters most.

How to turn off Chrome Notifications